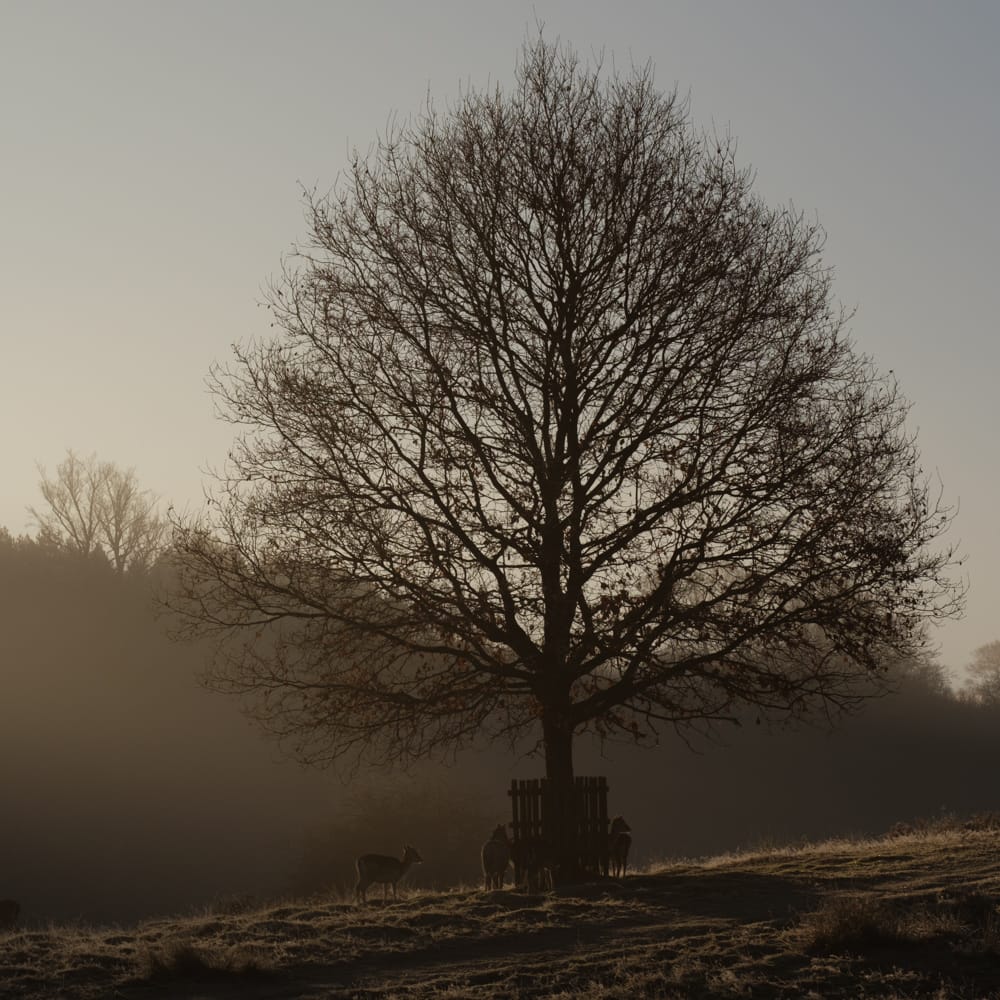 A ramble on the Fuji X-T2

There are plenty of reviews and blog posts about this camera already and I'm pretty late to the game but I thought I'd kick this blog off with another post about the Fuji X-T2.

This is my first attempt at a blog post for years, so please forgive what is probably a disjointed mess…

I remember first seeing the Fuji X series being advertised in a photography magazine a few years ago. It was a pretty epic looking full page ad and even though Fuji wasn't on my radar and I wasn't looking to buy a new camera it certainly caught my attention.

Fast forward a few years and I'm on the lookout for a new camera and nothing seems to quite fit what I want from a camera system. I was almost set on moving to a Sony a6000 having looked at pretty much every other possible contender. I'd seen Fuji pop up but never really considered it until I took a proper look and it seemed to offer everything I was looking for; a good and reasonably price selection of lenses, buttons galore, a tilty screen, a great viewfinder, twin control dials, a 24MP sensor and many other small details.

I've used a Canon 60D for a few years and various Canon cameras before that. I've had some experience of Nikon models as well, but I'm definitely coming to Fuji as a Canon user.

I will admit; I wasn't actually that keen on the styling of the camera, while I appreciated the plethora of physical controls I wasn't buying it for its retro styling and I wasn't even sure I liked the separate dials for ISO, Shutter and Aperture. I'd never really shot film to any extent and was quite familiar with the PASM dial on my Canon. That said I did often find that the PASM way of doing things didn't quite work for me and thought the Fuji way, if nothing else, probably wouldn't be any worse.

Having now used the camera for a little while I'm used to the separate dials and much prefer them to using the PASM dial, I have much more free flowing control over any combination of settings. I'm also glad to still be able to glance at the top of the camera and know what my key settings are. Not many other models provide this and it is something I got used to as my 60D had a top display. This was one of the big selling points for me over the Sony a6000.

The lens selection that Fuji provides is what swayed me away from buying the Sony a6000/6300. The Sony E mount range is largely geared toward their full frame cameras so many of the lenses are bigger and more expensive than their APS-C specific counterparts. Sony does have some lenses aimed at the a6000 series but there aren't many and their quality seems questionable while also not being very competitive on price.

I've been spoilt as a Canon user; Canon has a huge range of lenses available at varying price points. I think it's the biggest selection of any system, so looking at other systems felt a bit limiting. When I started researching into Fuji I found that their lens selection was good, with all the usual suspects at reasonable prices. Even better; they all seemed to be well regarded, even the kit lens!

I was able to find direct replacements for my Canon lenses, though with some loss at the long end. I shoot at whatever focal length works for what I'm shooting and don't really have a favourite or 'go-to'. I love shooting wide, but not every scene works wide. I love shooting long and using compression, but not everything works with a telephoto.

I would also like to get a prime, probably the 23 f/2. I had the 40mm pancake for my 60D and loved it, but did find the focal length a bit weird. I enjoyed using a prime though and the image quality was always better than from my Canon zooms.

Something I am struggling to get used to is that the zoom on Fuji lenses turns the opposite way to Canon! I have to consciously think about this every time I zoom in or out, it hasn't yet become habit. 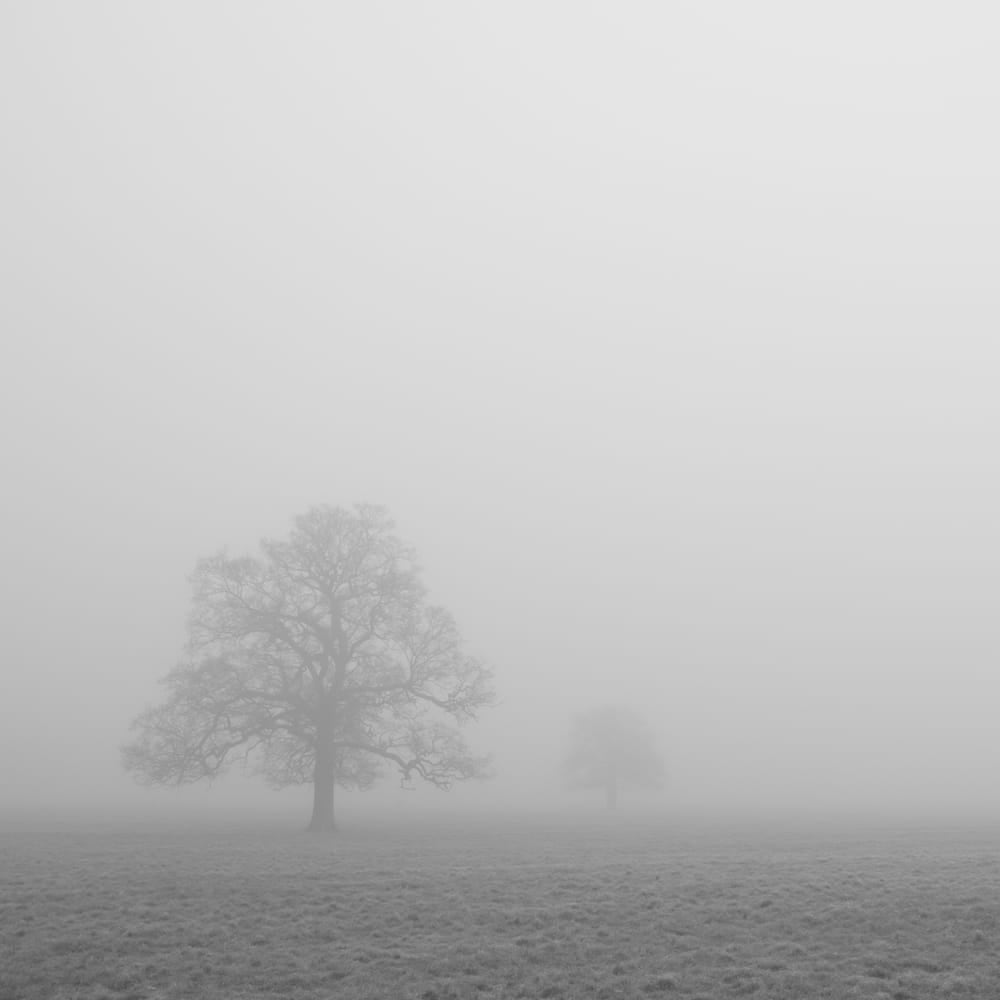 It's great. Fuji is generally highly regarded for sharp images with great colour. I normally shoot RAW, so don't benefit from the well loved Fuji colour profiles. I've been shooting RAW + JPEG since getting the camera to see if I could use the images straight out the camera and yes, I probably could but I'm so used to shooting RAW and Lightroom makes it so easy to work with RAW files that I don't really see myself switching. Continuing to use both together will, I think, create more hassle than it's worth. 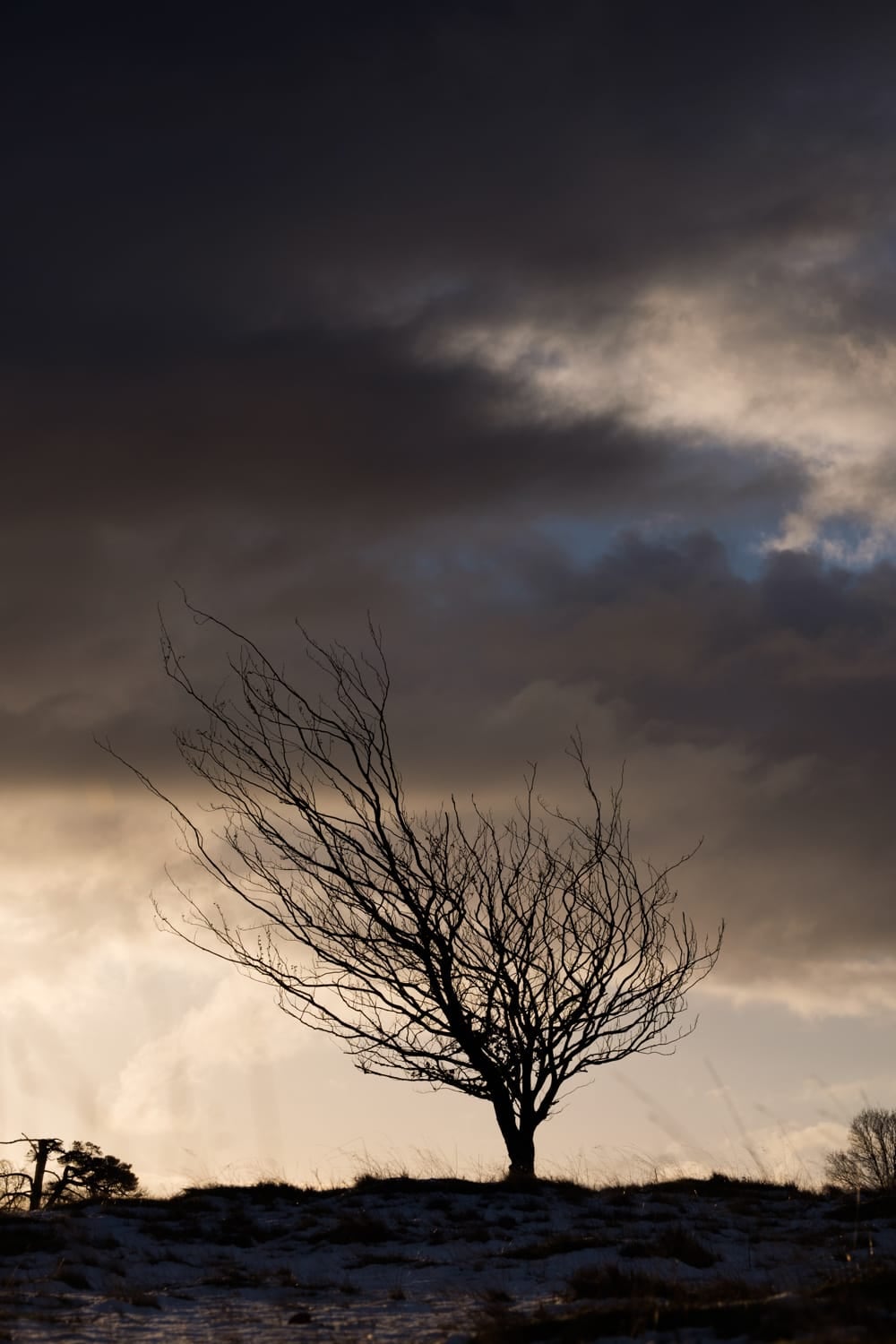 You can't look at buying a Fuji camera without coming across forums posts warning against using Lightroom to process Fuji RAF files.

I've used Lightroom for years to organise and process my images and didn't have any desire to change my workflow. Finding out that there were 'major problems' using Fuji files in Lightroom nearly put the purchase on hold.

I downloaded lots of full size samples to process them myself, read endless posts about the 'worms' issue and could see genuine examples of the artefacts on some of the images. The general consensus seemed to be that comparability was improving and it was almost no longer an issue, especially if you don't over sharpen your images.

I decided that if it was really that bad then I would find a way around it, for me the other features and benefits of the X-T2 outweighed the potential incompatibility with Lightroom.

I've now had a chance to use the camera and process numerous images using Lightroom and can't see any issues. I don't tend to view at 100% all the time and don't see any more issues with the Fuji files than I did with the files from my Canon. The X-T2 blows away my 60D and so it should, it's almost 6 years newer and almost twice as expensive!

I didn't have any strong options either way on the OVF vs EVF debate. I'm used to the OVF on my DLSR and have recently been using a tiny EVF on my Sony RX100iii which is very usable despite its diminutive size.

Sure, if you're always shooting fast sports then maybe and EVF isn't for you but either way you'll have some blackout time. For everyone else though, I think the benefits of EVFs outweigh the potential downsides.

An oft discussed benefit of the Fuji X series and mirrorless cameras in general is their smaller size and lighter weight. This was part of my reasoning to move to a mirrorless camera and I found many people talking about their delight over how light their new X series system is compared to their DSLR, which may be true but most of these comparisons are to full frame cameras. I moved to the X-T2 from a Canon 60D, which is a crop sensor camera, so while the X-T2 is smaller the difference is marginal. Due to the magnesium alloy body the X-T2 is actually heavier than my 60D! Though overall the kit is lighter as some of the lenses make up for the additional weight of the body. 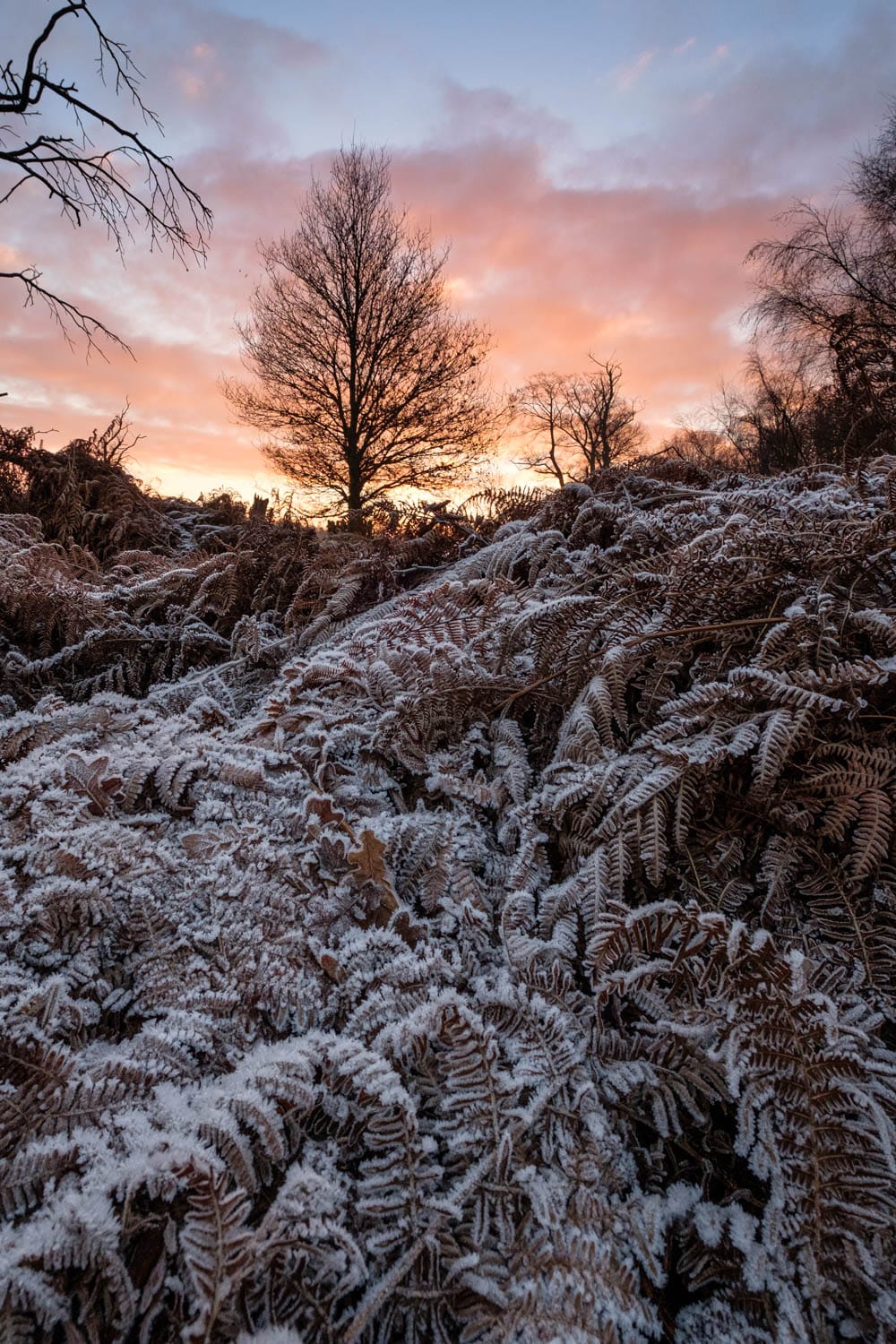 Fuji isn't known for having a great flash system but this wasn't too much of an issue for me as I'm used to using super cheap manual flashes like the Yongnuo YN460. I couldn't find a definite answer as to whether this would work on the Fuji X-T2, but it does. The flash only has one pin, just slide it on make sure the camera is in single shot mode and you're good to go. Easy.

I was also pleasantly surprised to find that my Yongnuo 603C triggers work with the X-T2. There is a slight caveat though, which I'm still trying to find a simple fix for; they work as wireless shutter releases but are intermittent when used to trigger an off camera flash. The triggers only work when in a certain position on the hot shoe, which I think is caused by one of the pins being either in the wrong place or being unnecessary and only working when not making contact.

Overall I've been impressed with the X-T2 and the selection of lenses so far. I've sold off my Canon kit now that I'm confident I am able to get everything I want from the Fuji X-T2.

I've been making a concerted effort to get up and out to take photos and use my new purchase. Hopefully that will continue.