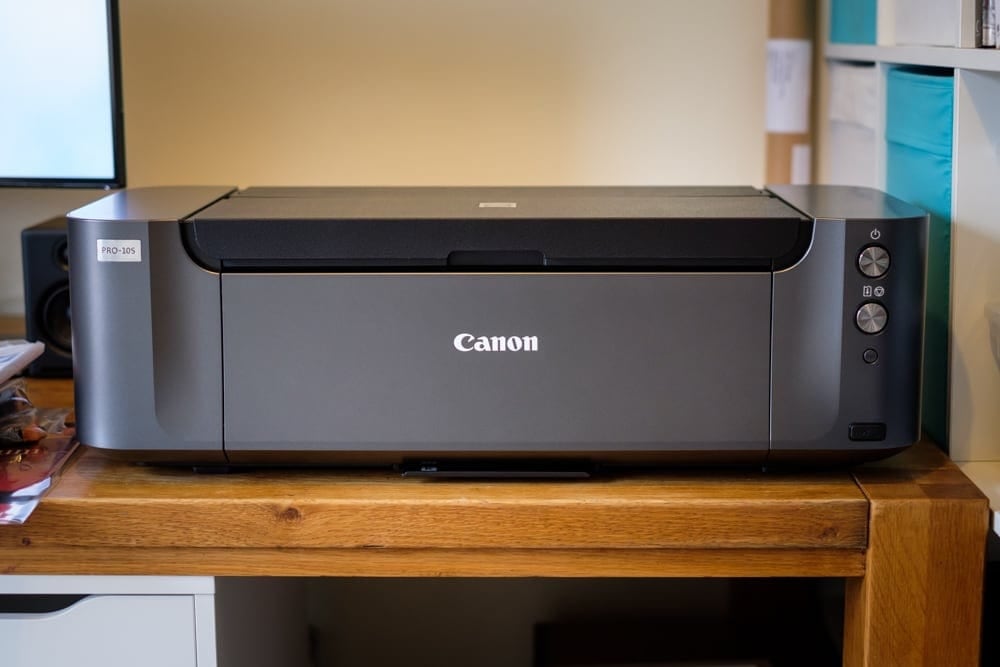 Adventures in Home Printing | Part One

My wife groaned as I weighed up the pros and cons of another photo printer for the Nth time aloud over breakfast, which came after a week or so of printer related pondering.

Step back a week to find the cause of my printer choice dilemma and you find my mother in law. A lovely woman by most accounts but now indirectly causing me frustration as I trawl the internet looking at photo printers.

I'm sure I'm not along in my ability to take product research to a degree above what is really necessary and this time I was self aware – having been through this many times before with products ranging from torches to, more recently, computer speakers.

I knew I was in for some serious research, so quite early on I made the decision to discount Epson printers. This was based on almost nothing and was just to try and keep the time spent umming and ahhing down.

The Pro 100 and 10 look like the same printer on the outside and probably are almost exactly the same internally except that they use different inks. The Pro 100 uses dye inks, while the Pro 10 uses pigment based inks. I'll be honest here: I don't really know the difference between ink and pigment, or which is 'better' but from my research it seems that dye ink gives you a better 'pop' on glossy prints while pigment is a little more refined on matte paper but still giving good gloss prints. Also pigment based ink has a longer life and is better if you want your prints to last.

All three printers are capable of producing high quality prints so it was mostly a decision of size.

This is where most of my internal debate came from, centered around weighing up the extra cost of the 1000 with its bigger print sizes, over the Pro 100 and 10 with their cheaper cost but smaller print size.

I changed my decision multiple times, flip flopping between the Pro 10 and the Pro 1000. One minute wanting the biggest print sizes, otherwise I'd regret it and the next wanting not to spend all of my future income on ink for the monster the Pro 1000 was looking to be.

I looked at all the prints I currently have, which were ordered from Photobox or somewhere. I taped together sheets of A4 and drew out all the relevant sizes. 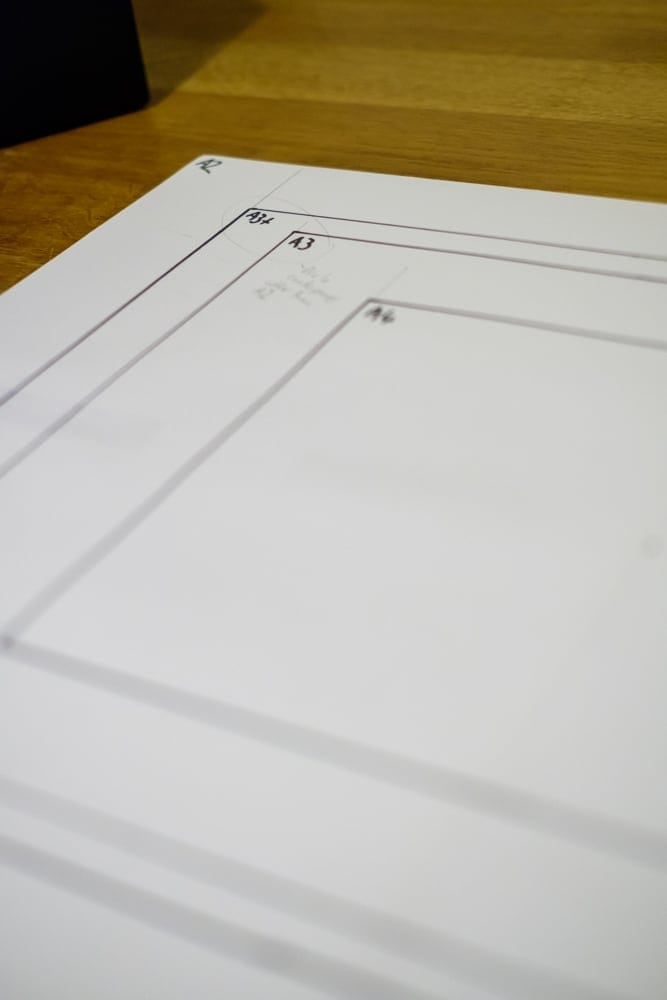 I argued that I could just order bigger prints from a photo lab if I wanted a really big print, but then I argued I might as well do it myself if I'm investing in a printer.

I watched more YouTube vides from Jose Rodriguez, a well known name in printing circles. I read horror stories of thirsty Pro 1000s and how they like to spew out all your expensive ink into a maintenance cartridge if you move it. I saw the number of ink cartridges lined up, ready to run low and need replacing at £50 each.

A coin was flipped

The next day I came to my senses, deciding that I still wanted to be able to eat and ordered the Canon PIXMA PRO-10S. I then also ordered some paper.

Part two will follow soon, detailing the mishaps that I inevitably encounter on my adventures in home printing.