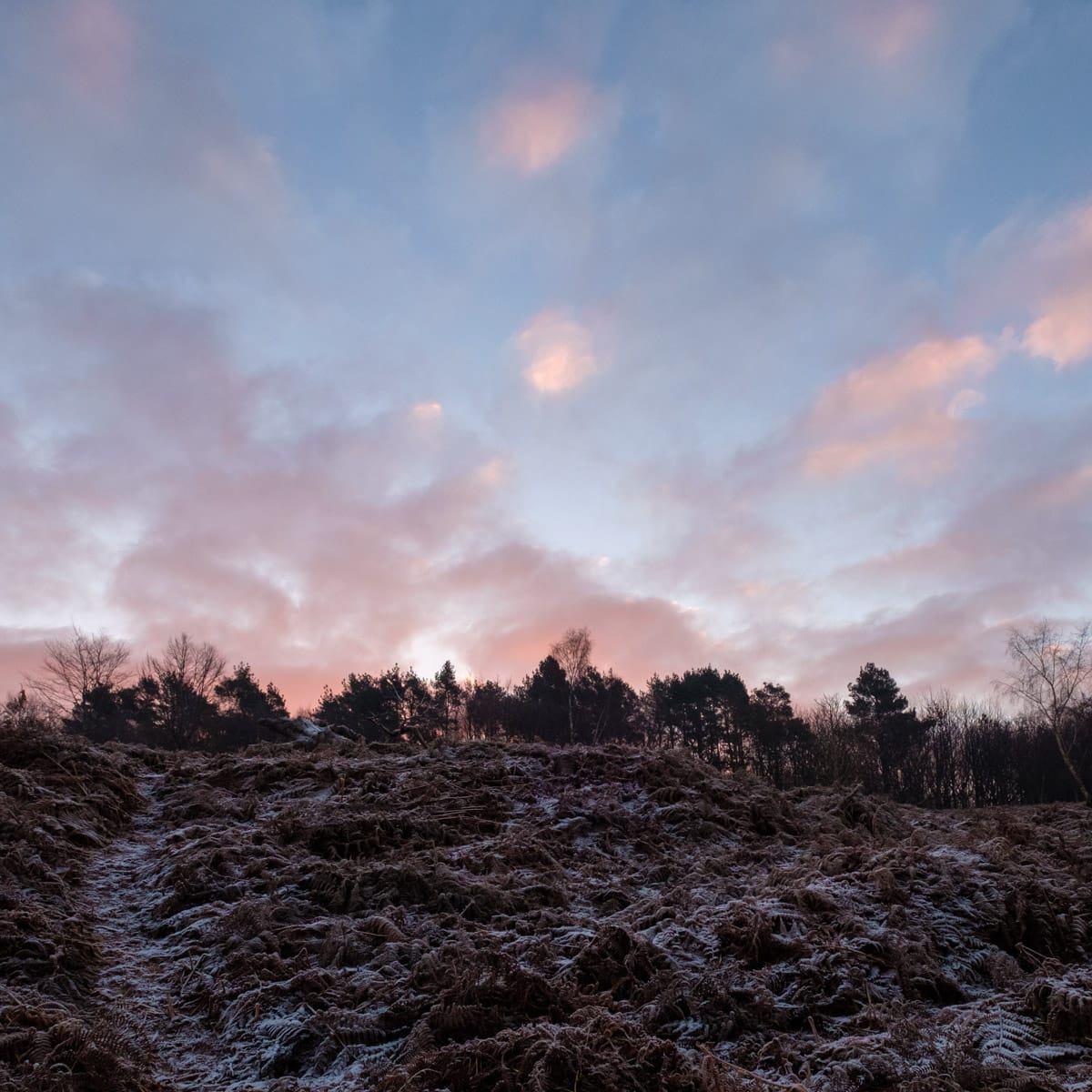 An early morning in Knole Park

My first blog post was a success, with my parents and my sister at least. My wife helpfully, if somewhat demoralisingly, pointed out my numerous spelling & grammar mistakes.

But hey, you've got to start somewhere right? I'm back again with another collection of words, there's some crackers in there.

One particular stretch of road, which often has traffic, allows a view quite a way into the park along a gentle S bend. This acts like a leading line, visually drawing me into the park, but I'm instead I'm in the car on the way to work. I've passed by this view many times and each time I want to stop and go for a walk in the park.

One morning I found myself getting to work quicker than normal and could see an epic sunrise happening behind me so I decided to find somewhere to park and nipped into Knole Park through the gate at the S bend.

Unfortunately though, by the time I parked and got out the car the sky had changed and the light was nowhere near as amazing. I almost gave up a few steps into the park but decided to walk a little further and see if I could get a couple of good shots. The ground still had the remains of snow and frost from the previous few days so I was hopeful to get something even if the sky was a bit lacking.

Something which I've also started to do, which I've not really done consciously before, is to 'scout' locations. Rather than trying to get a great shot on the first visit to a location and invariably walking away disappointed, I've accepted that you're unlikely to get the best shot first time round and have seen the benefits of seeing a location a few times and in different weather conditions.

I made my way into the park and started looking for compositions but nothing really caught my eye, I was also aware that I was due at work soon! I made a mental note of a few shots and kept walking just a little further to see if there was something better around the corner. If nothing else I'd scouted the location for another time, but I came round a corner and the sunrise poked out from behind the trees and I took a shot, he first of the morning (I've been trying to take fewer but better images after watching many videos from [Thomas Heaton]()). 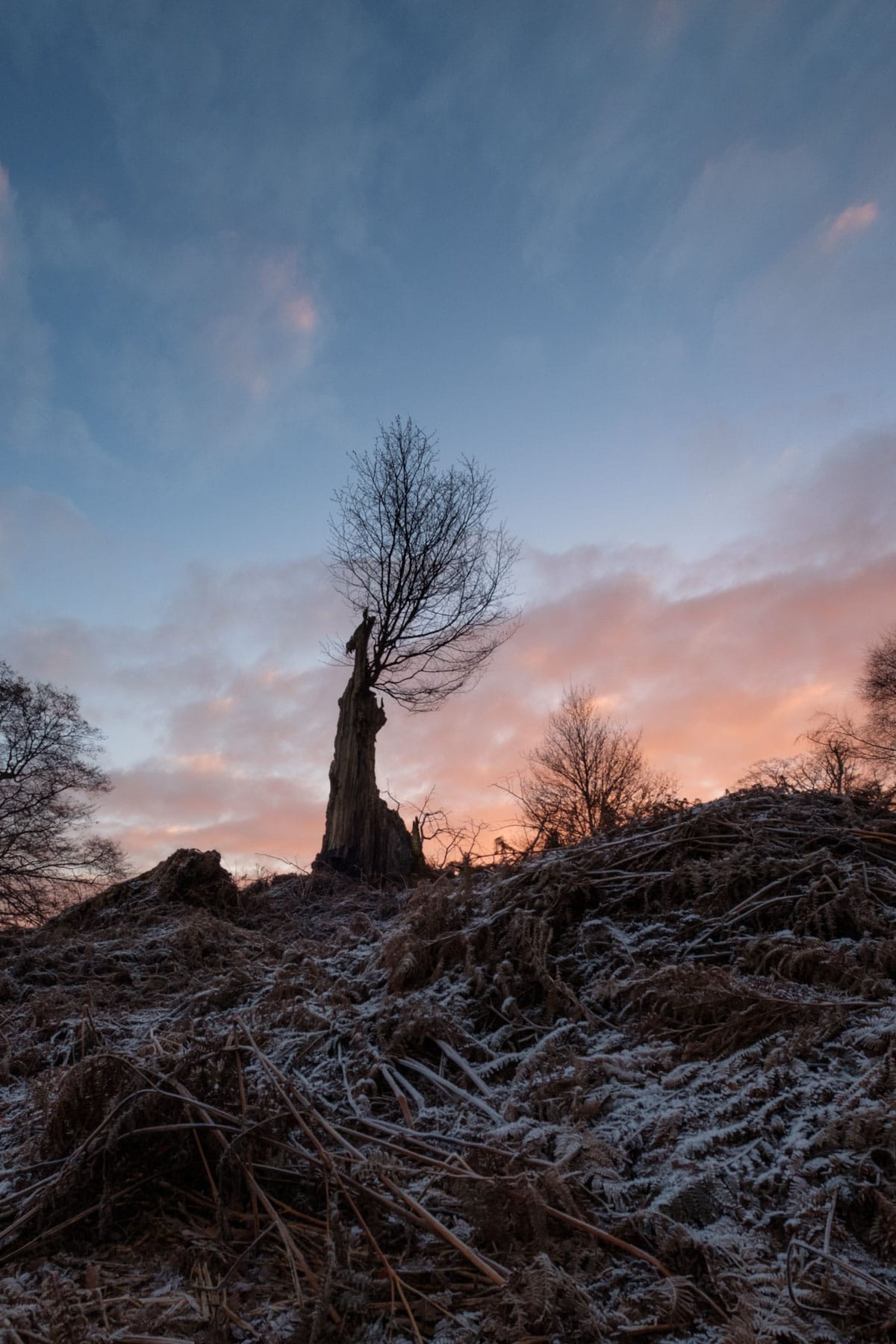 I could already see something more promising. I swapped lenses from the 18-55 to the super wide 10-24 and picked my way through some dead bracken and got down low. As soon as lined up the shot in the viewfinder I knew being late for work and the cold hands were worth it. 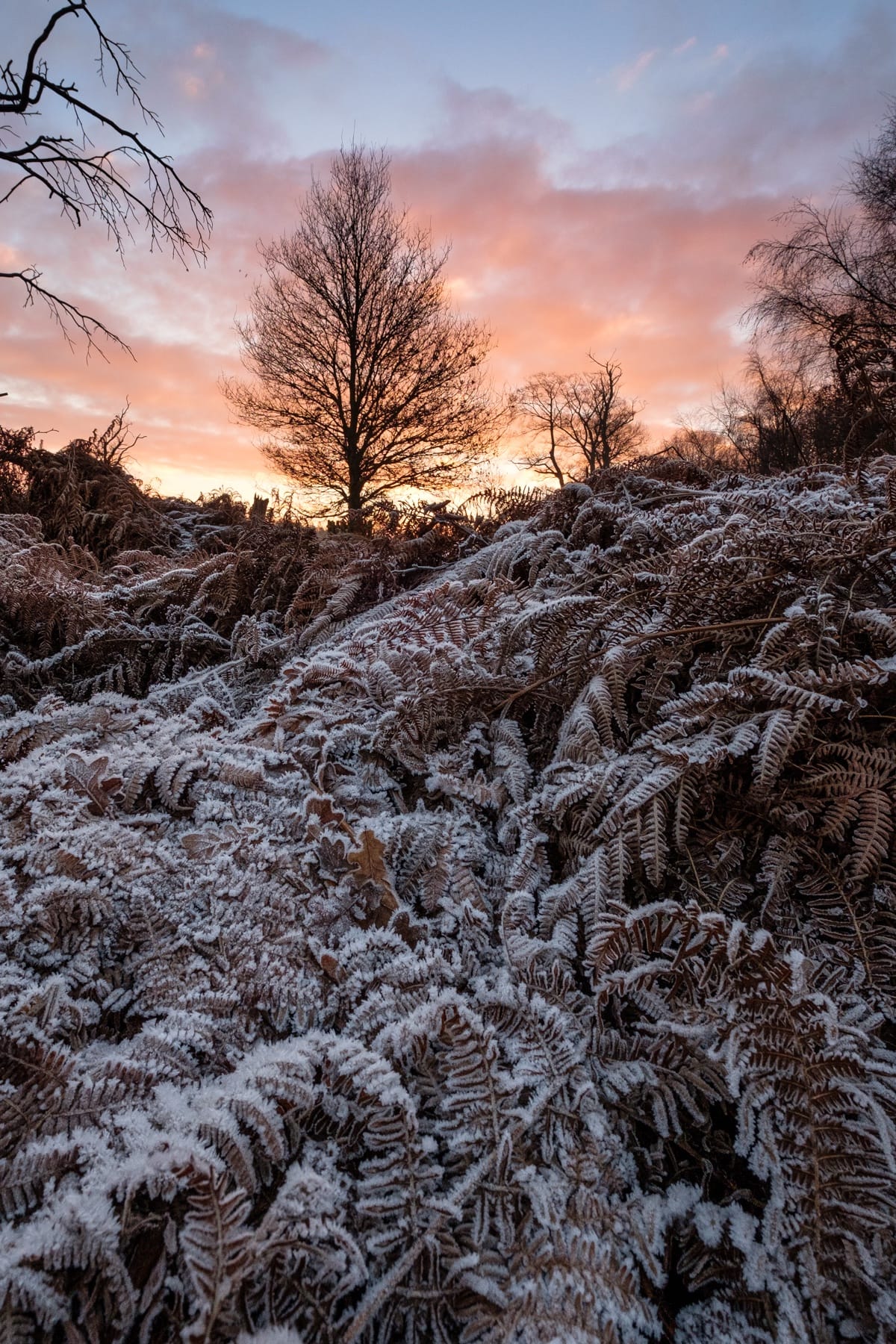 Encouraged by finally getting something good I carried on into the park and found a small herd of deer chilling and eating grass. I hung around hoping to find a good shot and watch their behaviour for a while. It was cool to be the only one around and watch the deer do their thing, which mostly consisted of eating grass but there was an occasional attempt at rutting but I think the deer hadn't had their coffee yet because it lacked commitment. 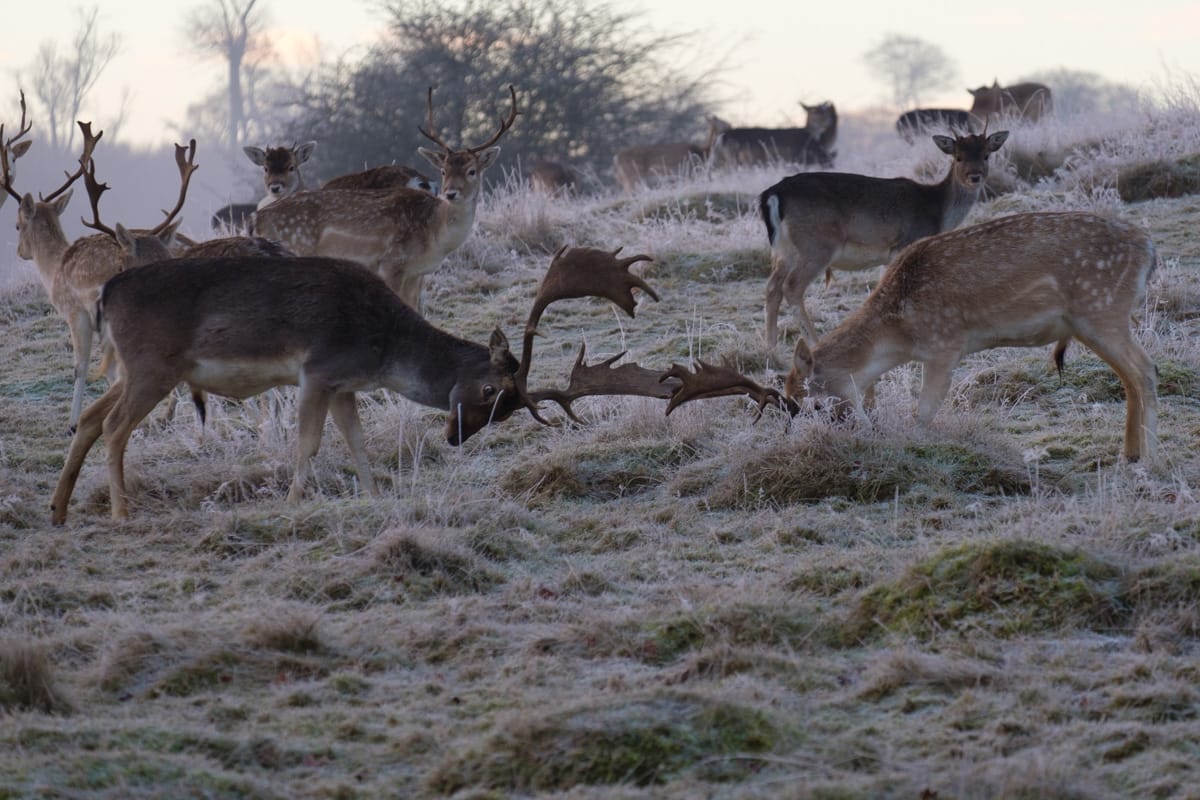 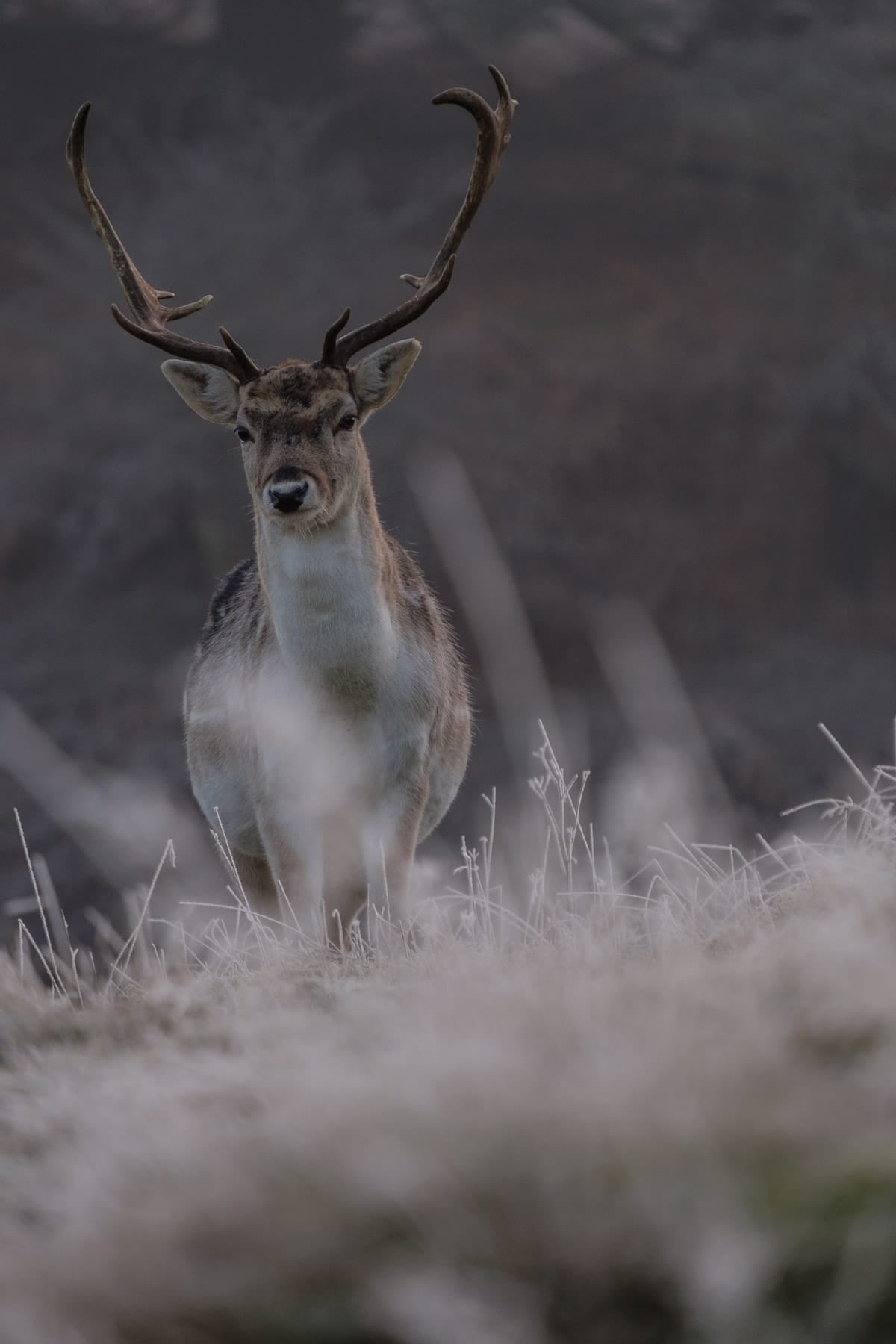 I tried a couple of long exposures before heading back to the car, but a rushed long exposure never really works. 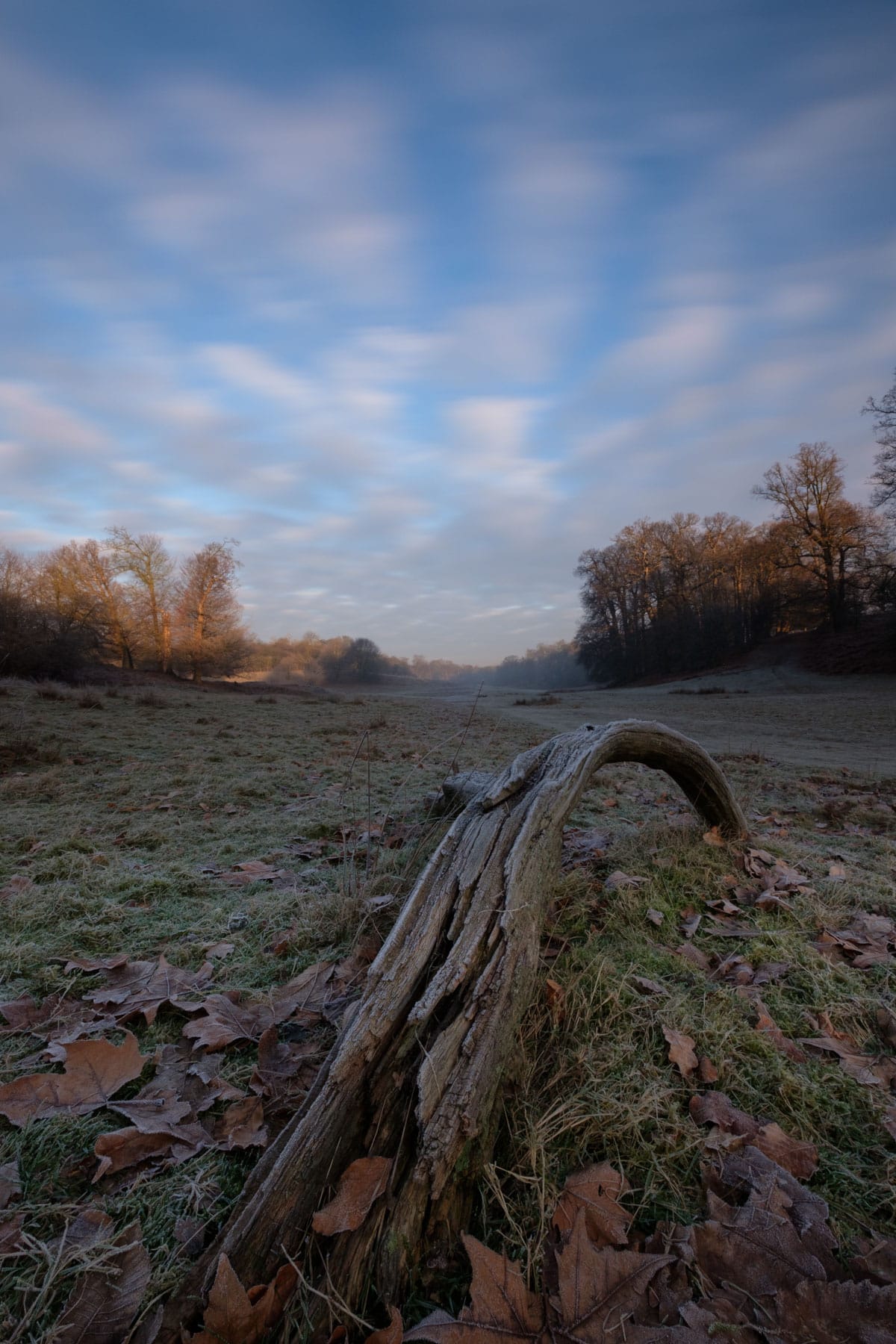 Then as a final treat I had some amazing light for one last shot before I jogged back to the car and continued onto work. I knew I'd got a few got shots out the of the half an hour I was in the park and it was definitely worth making some time to get out before work with the camera. 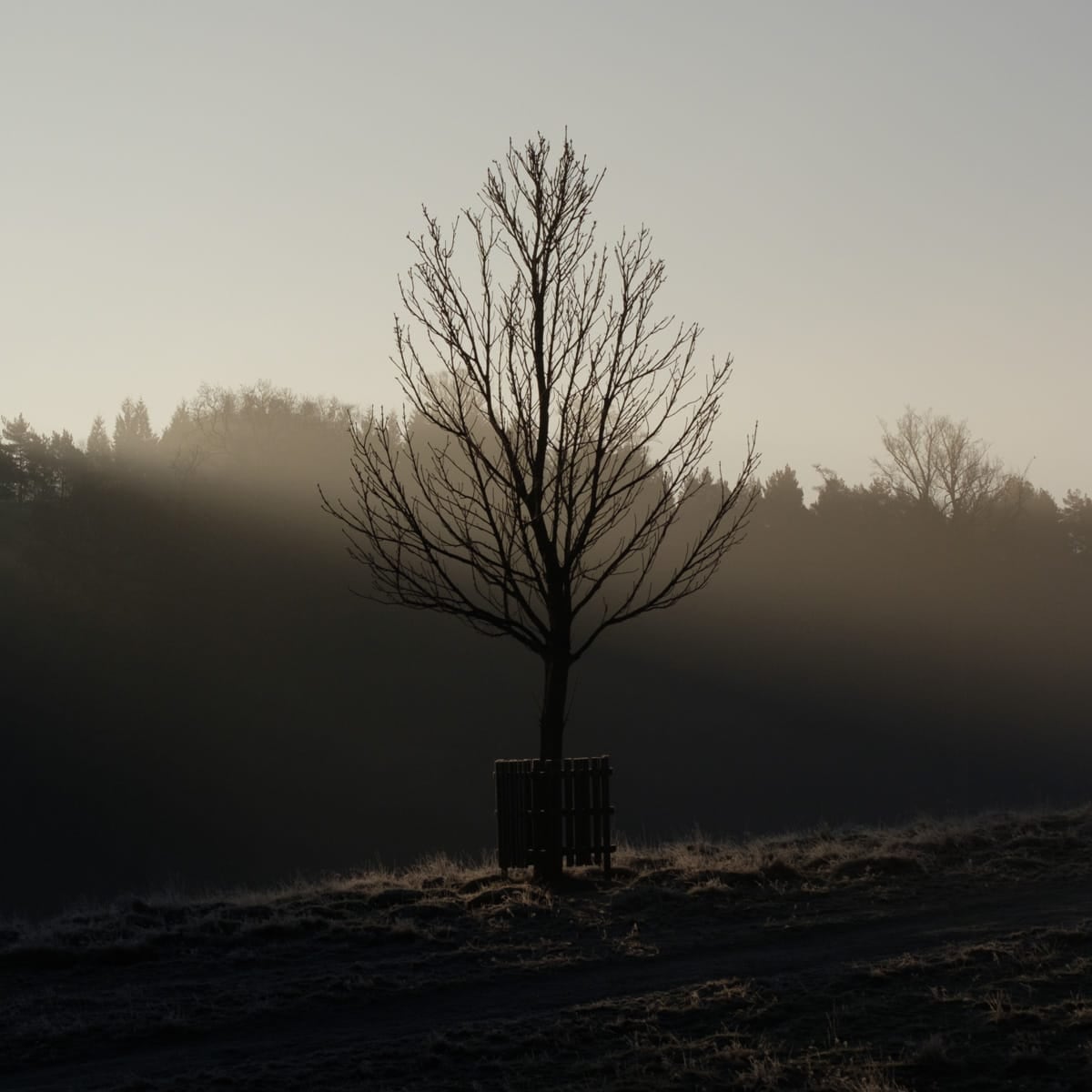