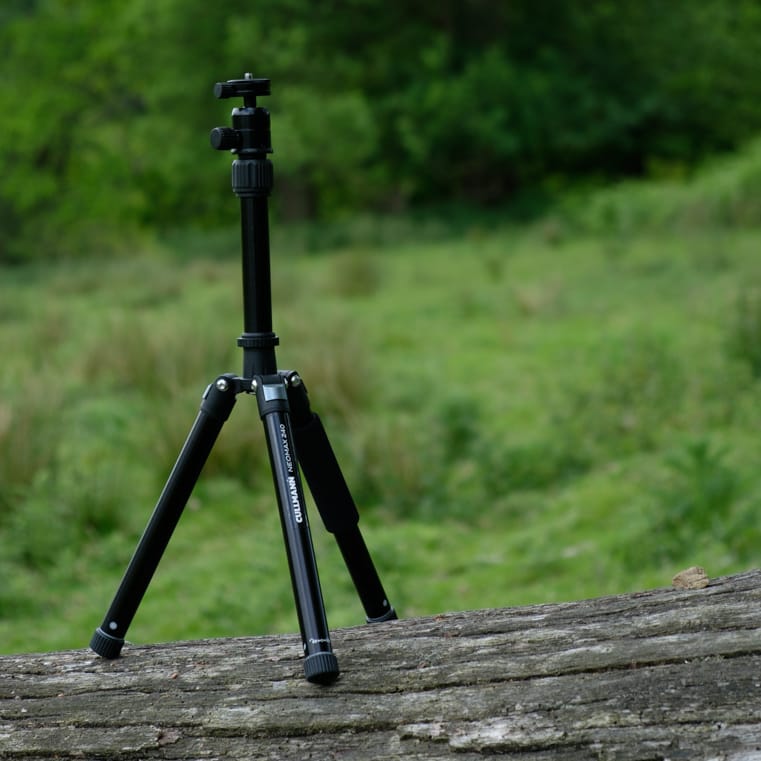 The Cullmann Neomax range of tripods are super lightweight travel tripods, they come in three different heights and are designed for smaller cameras.

I considered many different tripods before ordering the Neomax:

And many more that I can't even remember the names of, including hacked together home made solutions, but none of them had the combination of features that I wanted.

I already have a very lightweight tripod, a 3 Legged Thing Rick travel tripod which weighs 1.2kg, which by tripod standards is pretty light. The tripod I had before that, a Manfrotto 055XPROB & 496RC2 combo weighed about 3kg, which meant that I rarely bothered taking it with me.

The 3LT tripod is already pushing the lower limit of what's sturdy enough to support my Fuji X-T2 without being top heavy. But I wanted something even lighter to travel with as a ‘just in case I need it’ tripod.

When I ordered the Neomax tripod there wasn't a lot of information about it online, only the Cullmann website and one other short review on ephotozine, so I was very cheeky and emailed Cullmann asking if they would send me a tripod to review, which unsurprisingly they ignored. So instead I ordered one from Amazon (one of the few places it's actually available from) and hoped it wouldn't be ridiculously spindly.

I also ordered a Neewer fish bone adaptor so I could use my Arca Swiss plate on the Neomax tripod. I use a Peak Design strap which attaches to the Arca Swiss plate, so a tripod head that didn't accept the plate was kind of useless to me. This adaptor opened up loads of options I'd previously written off, including the Cullmann Neomax.

The tripod arrived and I was pleasantly surprised to find it was light but not unusably so and the legs didn't snap while getting it out the box, first impressions were good. Though I was disappointed to confirm for myself that the centre column doesn't go down, leaving the centre of gravity quite high up, but more on that later. 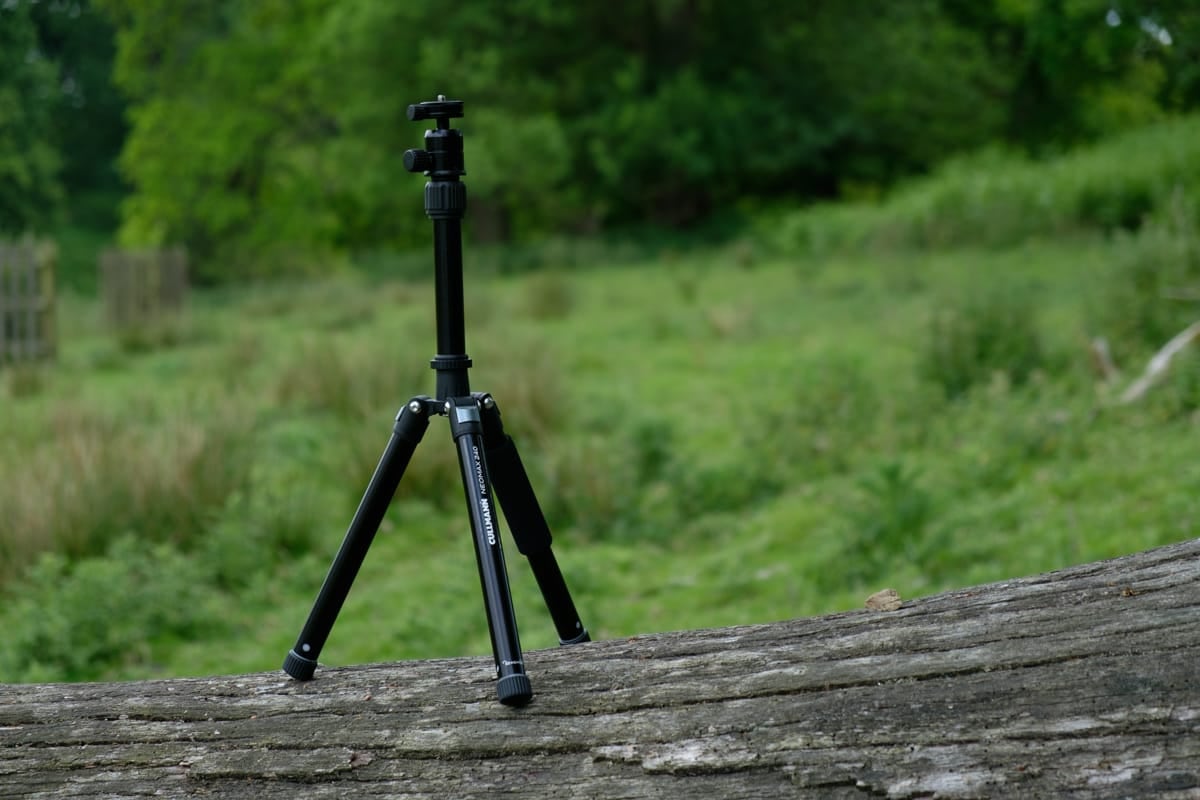 The head just about holds my Fuji X-T2 and 55-200 combo which is probably way over the intended weight but it works. I wouldn't use it at full height or in any kind of wind with that lens on but it handles the kit lens fine.

The head of the Neomax tripod does have its own quick release plate that screws into the camera, but the Neewer fish bone adaptor allows me to use the tripod without taking off my Arca Swiss plate, which is what I was after. 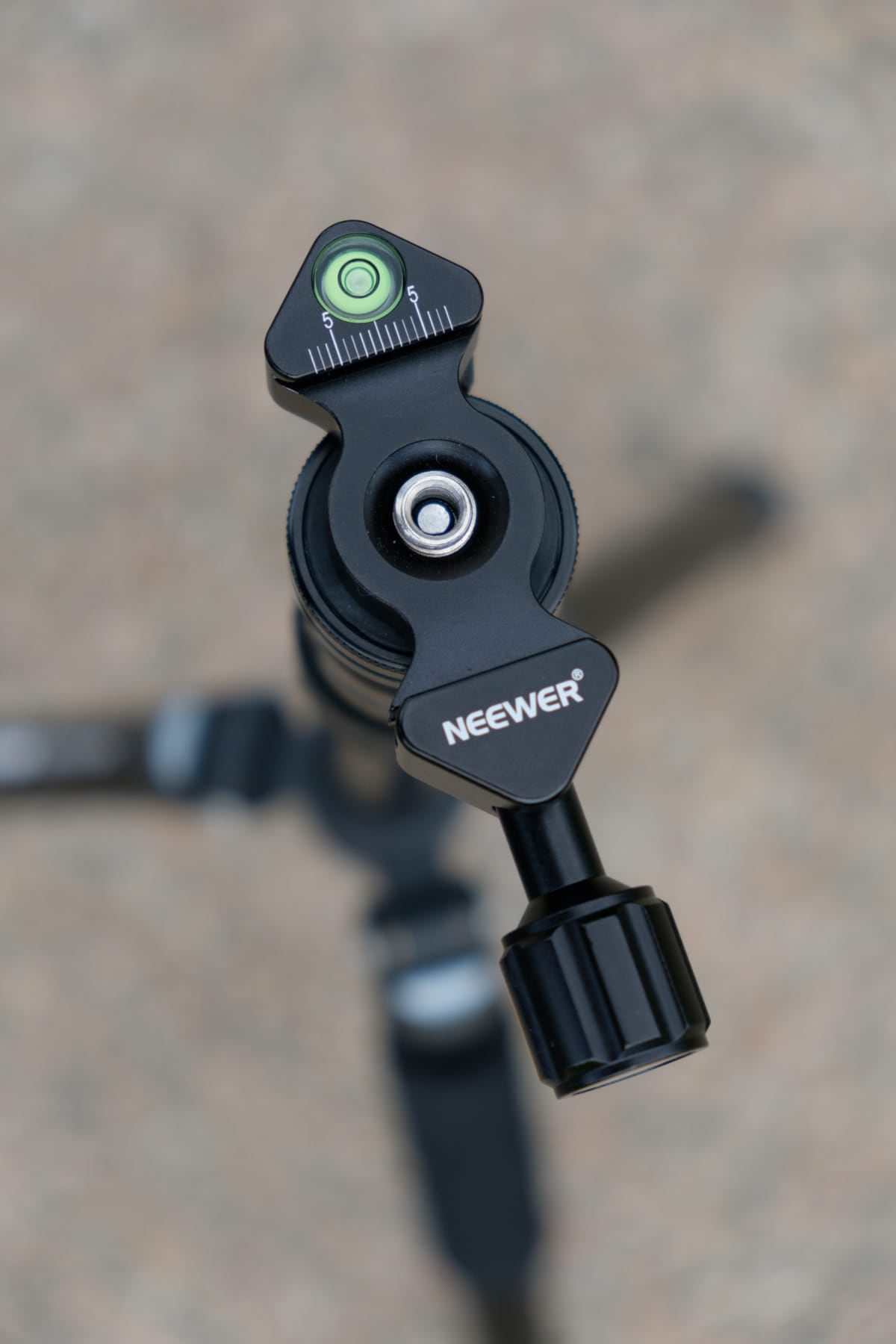 I was hopeful but not entirely convinced that the Neomax tripod would actually be practical to use instead of my 3 Legged Thing tripod so I took both with me on my recent trip to Scotland. Hoping that the Neomax would be good enough, but taking the 3LT as a known reliable backup.

The first outing for the Neomax was up Ben Nevis, a walk which took us about 7 hours and up the highest mountain in the UK, a walk which I wouldn't normally take a tripod on just in case. Even my 3LT would have been left out of the bag but the Neomax is small and light enough that it got put in the side pocket and forgotten about until we got to the summit and wanted a group photo. It did the job just fine and made my mind up that this was just what I was looking for, it's definitely not the most stable tripod but is perfect to take along just in case. 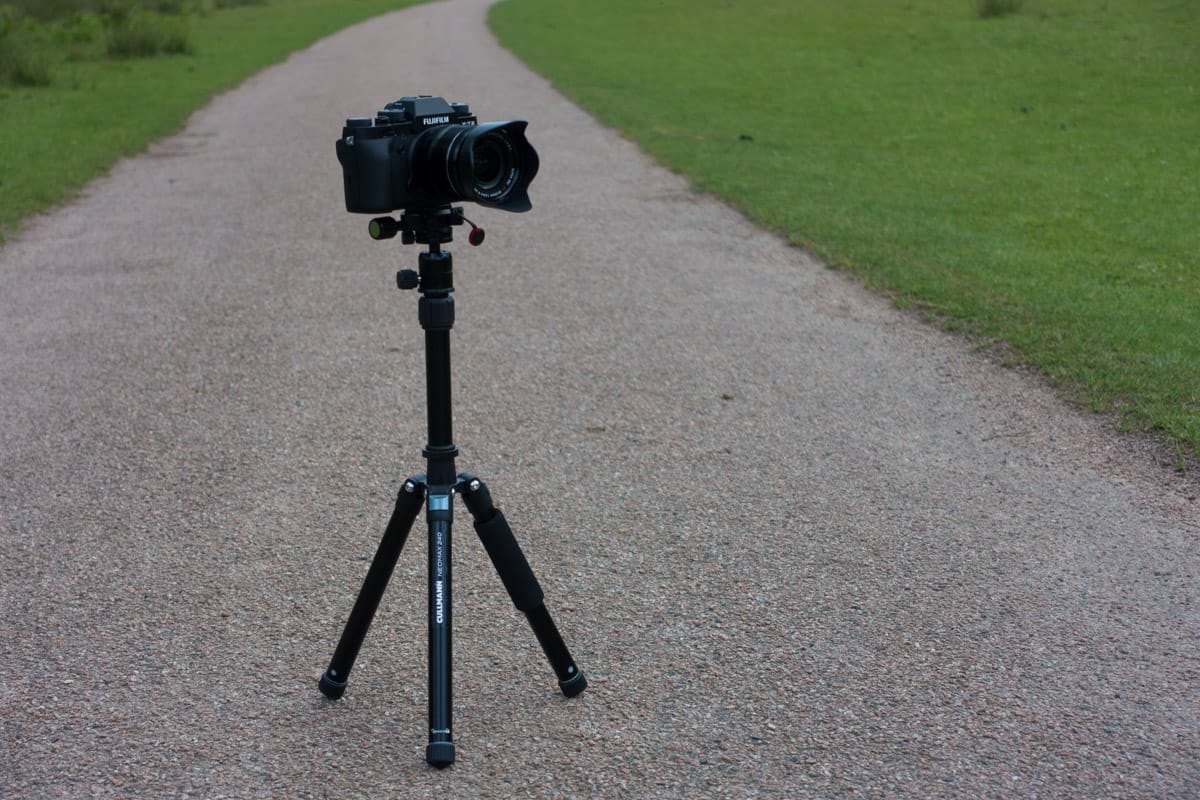 The tripod head comes with a quick release plate. If you loosen off the screw holding it in slightly it will give you a poor man's panning action, allowing you to do panos (Though obviously actual pano heads are a different thing altogether). 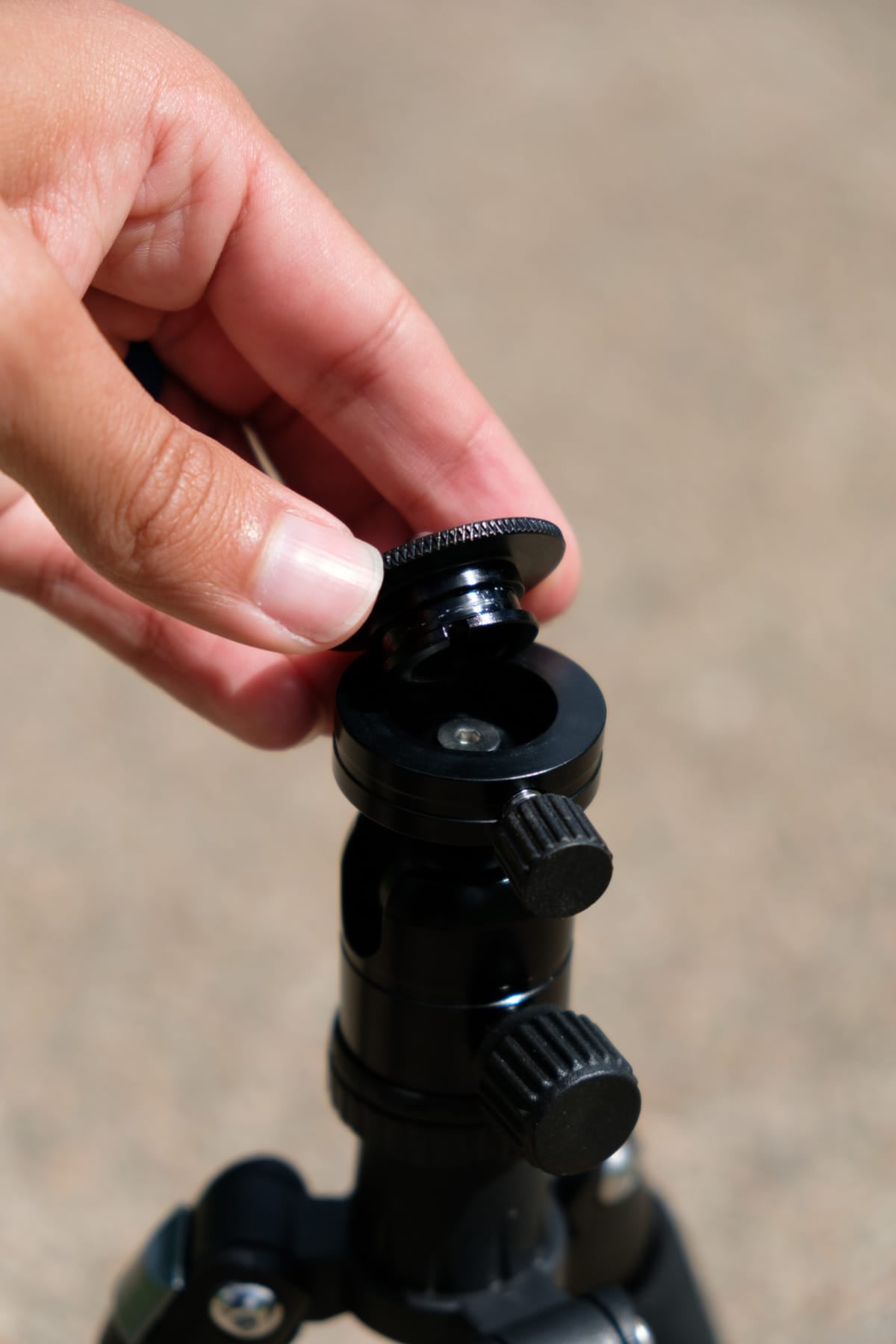 When the main ball head screw is loosened you get the normal range of motion, including the cut out for portrait shots and the main base of the head will rotate allowing the legs to be folded up around the head without fouling the knobs.

Back to the centre column; this is the one flaw of the tripod that I could see and had confirmed by the ephotozine review but thought I'd either get over it or figure out something they hadn't. To my disappointment the centre column definitely can't be retracted, which left my camera precariously high above the tripod at times. But to my surprise I found the centre column unscrews and the head can be screwed directly to the legs. They don't advertise this as a feature, but they really should! 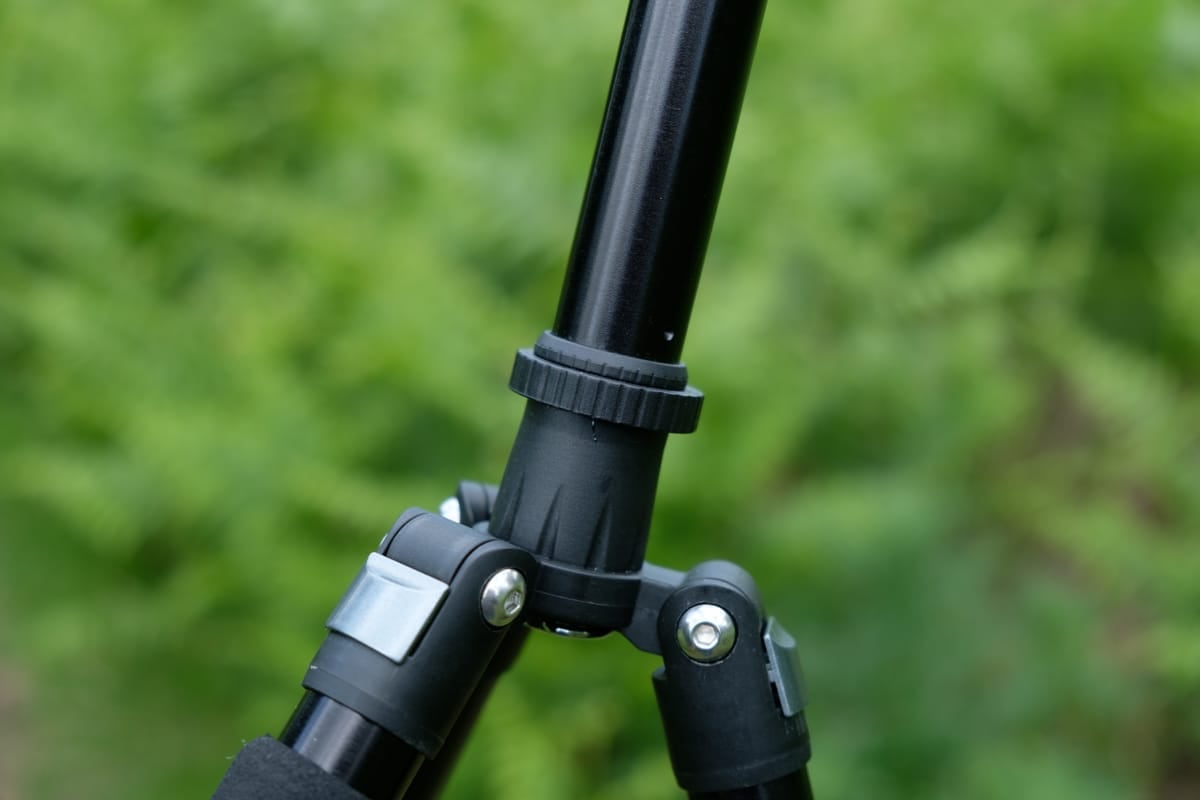 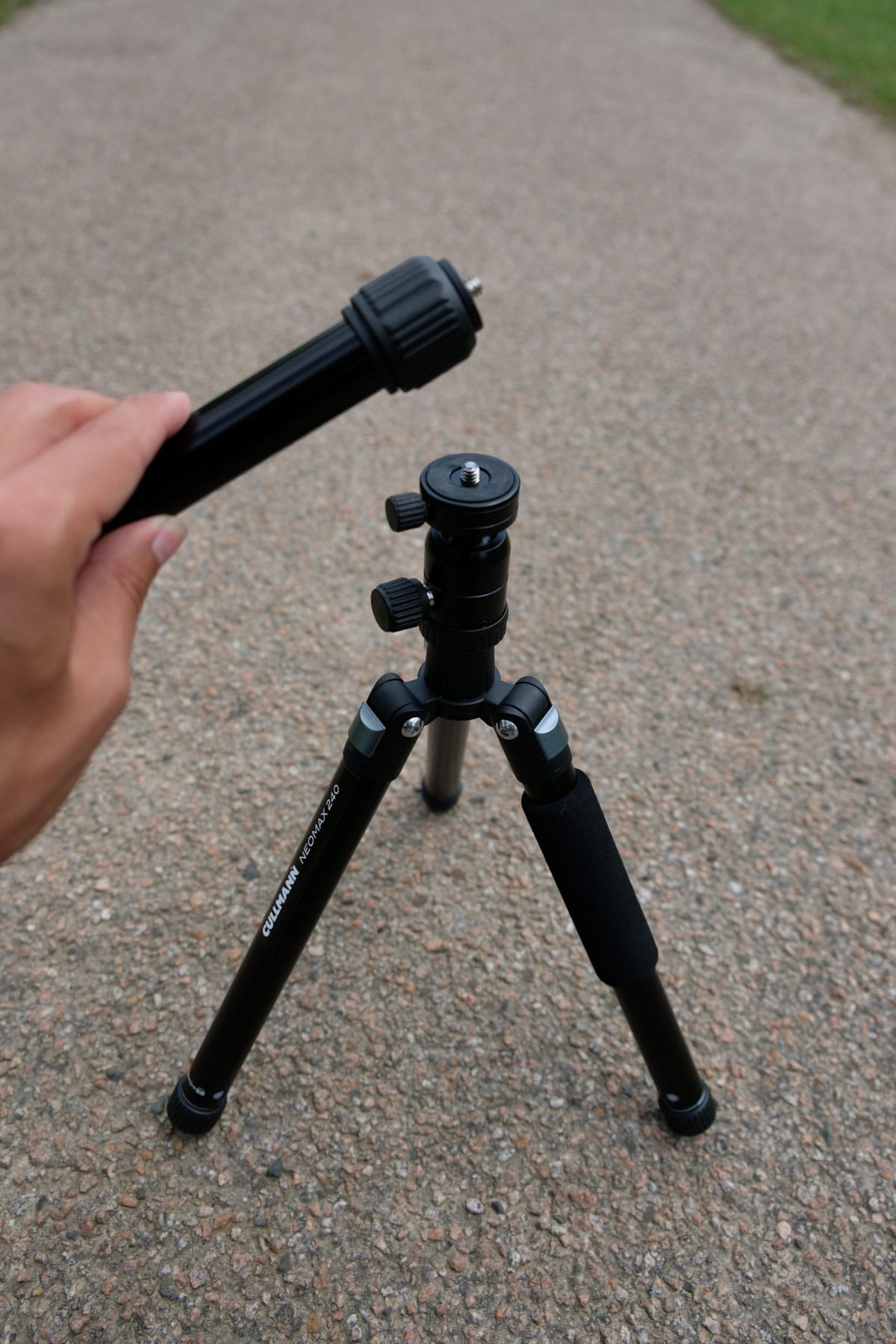 This makes the whole thing much more stable at any height and solves my one issue with the Neomax tripod. While it's not ideal that it has to be unscrewed and entirely removed rather than just retracted it's not really an issue in practice. 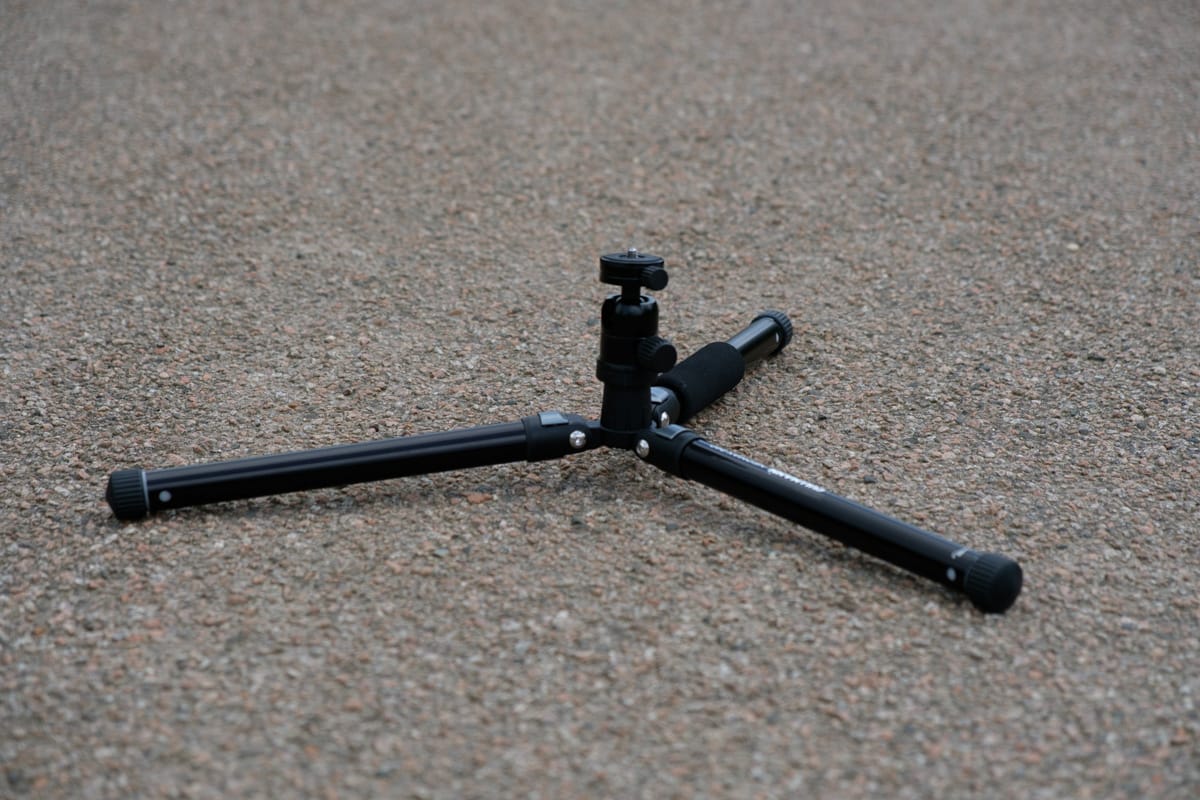 With the centre column removed the camera can be positioned centimetres above the ground, or with it attached it can go up to just over a metre. There are three different versions of the Neomax, the 220, 240 and 260. Each with slightly different pack sizes and max heights. I went for the Neomax 240 because I thought it gave the best weight/height mix. I am unlikely to use the tripod at full extension so wasn't so bothered about it's max height. I was very close to buying a tripod that went no higher than ~30cm so I figured anything taller than that for about the same weight is a bonus.

The Cullmann Neomax was great to use for our trip to Scotland, yes a "real" tripod would have been more stable but it wasn't a problem and the Neomax was so light I took it when I wouldn't have taken a normal tripod at all.

It's exactly what I was looking for to use on our upcoming year of travelling and am happy knowing that if I don't use it it's so light that it doesn't matter and that if I do it will do the job just fine. 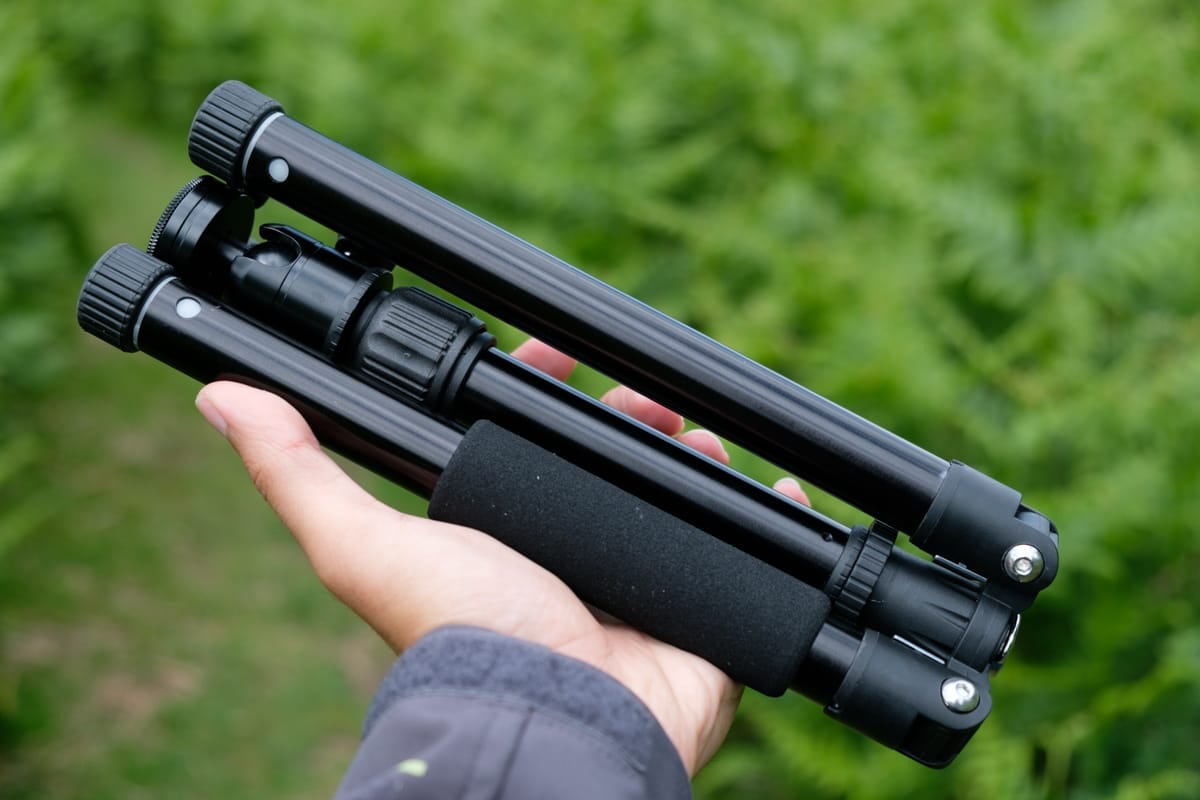 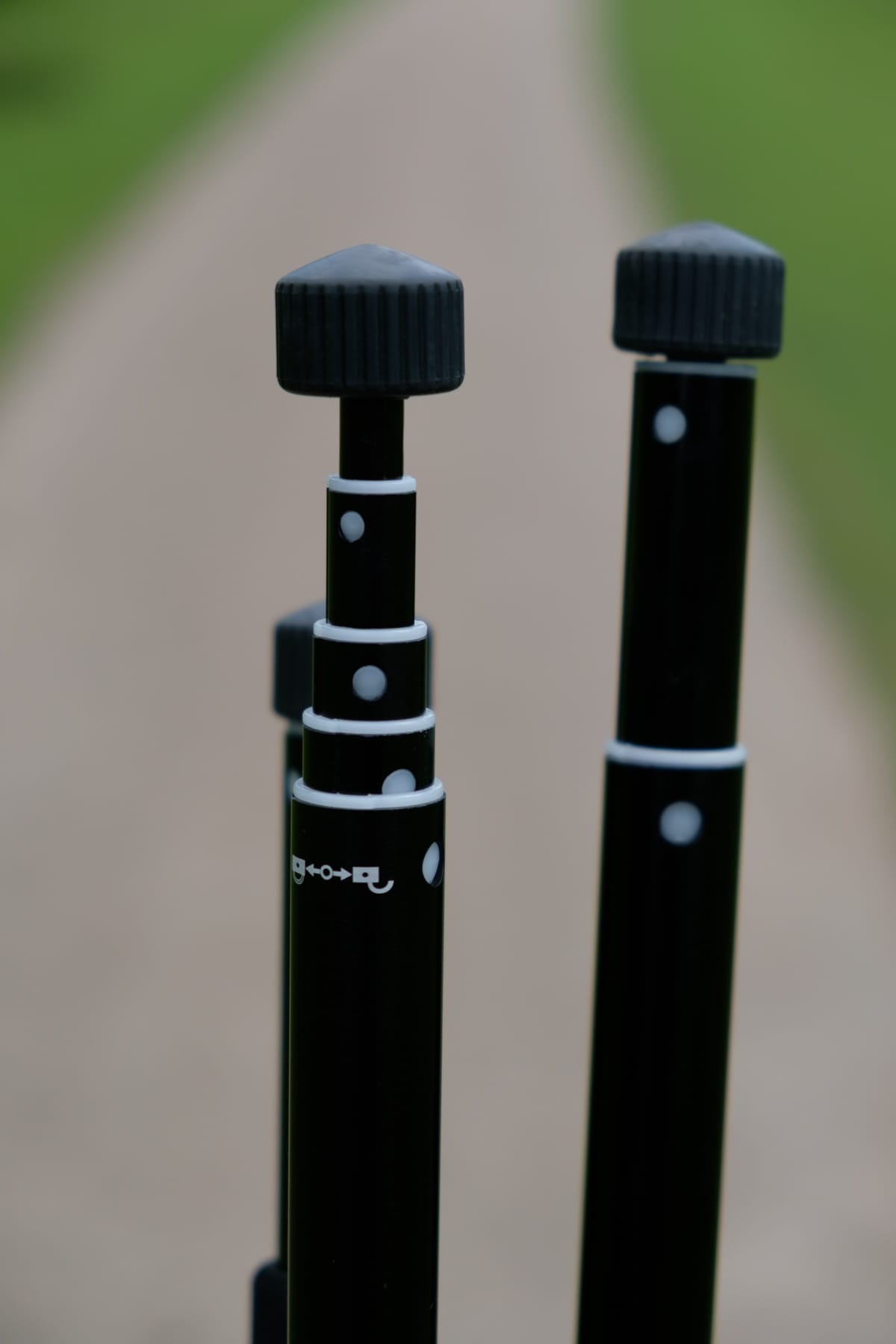 I'd definitely recommend the Neomax range if you're looking for something super lightweight, it's a great little tripod if you're realistic about its limits. Just don't expect it to hold a Canon 1Dx or something. I paid about £55 for it from Amazon and it's definitely been worth that price for me.