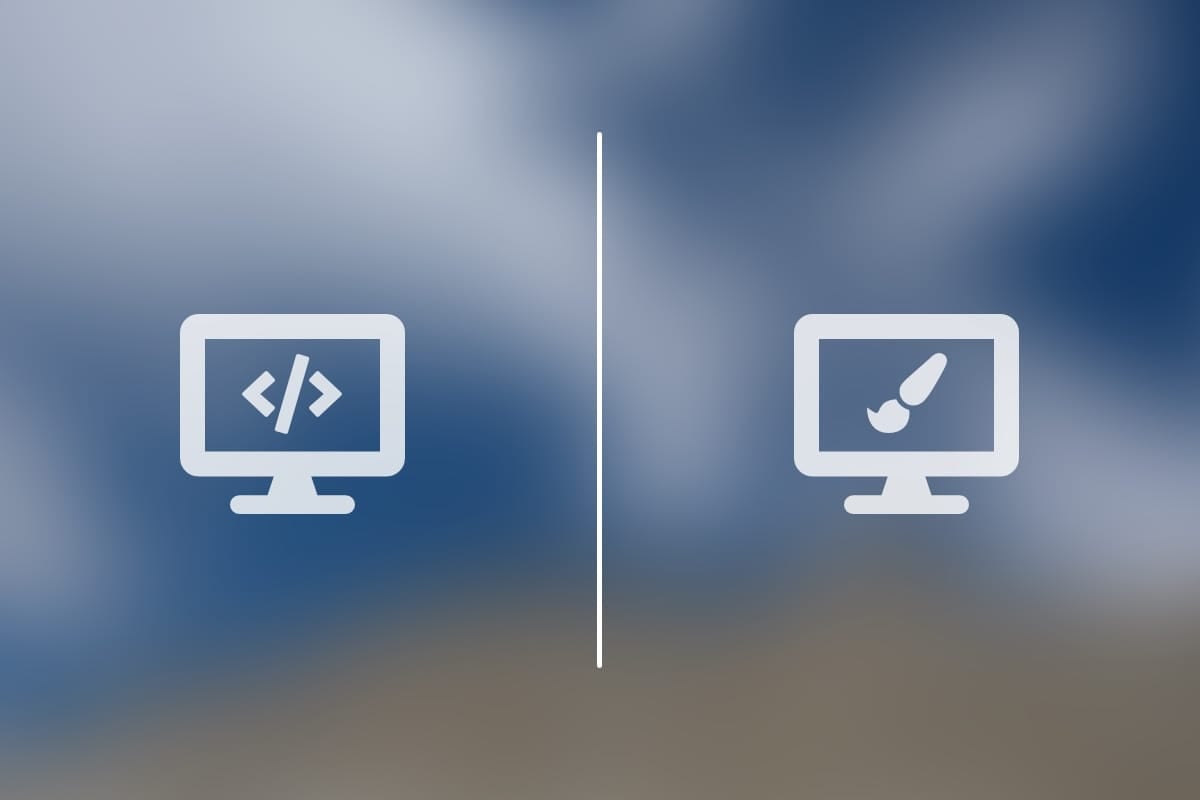 Do I need a Web Designer or a Web Developer?

As with anything, until you're familiar with things even seemingly simple concepts can be confusing. This seems especially true when it comes to technical topics. So in this not-technical-at-all explainer I hope to clear up one of the questions people have when it comes to making a website: do I need a web designer or a web developer?

Both. Or a least a person or team that can serve both functions.

If we ignore the various specialisms that come into play if you really get into things there are two main roles when it comes to creating a website.

For simpler sites these two roles are often done by the same person and most people would consider them the same thing. A bit like the Internet and the World Wide Web are two different things technically but are used interchangeably in most conversations.

To illustrate the difference we can use the analogy of who’s involved when building a house.

Again we’ll ignore for now all the different specialist skills that go into building a house and highlight two of the roles: an architect and a builder.

The architect is concerned with how the house will look and how it fits in with surrounding houses. The architect will plan things so that the house should end up looking like a house and everything inside and outside is where you’d expect it to be based on their experience of how houses work. They’ll also consider that a builder has to eventually use their plans to build a house from.

The builder looks at the plans the architect has drawn and builds the physical house. The builder puts all the light switches and plug sockets in. They make sure everything looks as good as it’s supposed to and they also make sure that all the plumbing and electrics work.

In our simplified analogy the architect is the web designer and the builder is the web developer. In reality there are of course other people involved in both building houses and building websites.

So what do I need?

When it comes to building a website you'll need the skills of both a designer and a developer, whether this is one person (or team) or two separate people largely depends on how specific your requirements are and how big your budget is. For smaller projects with a fairly usual design and set of features it's likely that the site design and development can be done by the same person.

For larger projects that may have more specific features or where a more elaborate design is envisioned then it's probably a good idea to find a company that can offer both design and development or to find two separate people.

You will probably come across many people/teams advertising themselves as designers/front end developers. This skill set is great if you don't need custom features like integration with any other services you use or you want a good looking but simple site.

I'm a fan of analogies so here's another one for you; a back end developer is like the chef in a restaurant that prepares the ingredients and prepares each dish. A front end developer is like the waiter who takes the dish out of the kitchen and serves it to a waiting customer. I admit this is a massive simplification but this gives you a general picture of who's doing what.

If you need a website built then get in touch. I’m a web developer that can do design too. Like a builder who can build a solid house without architects drawings but if you want something fancier, speak to an architect (web designer) as well.