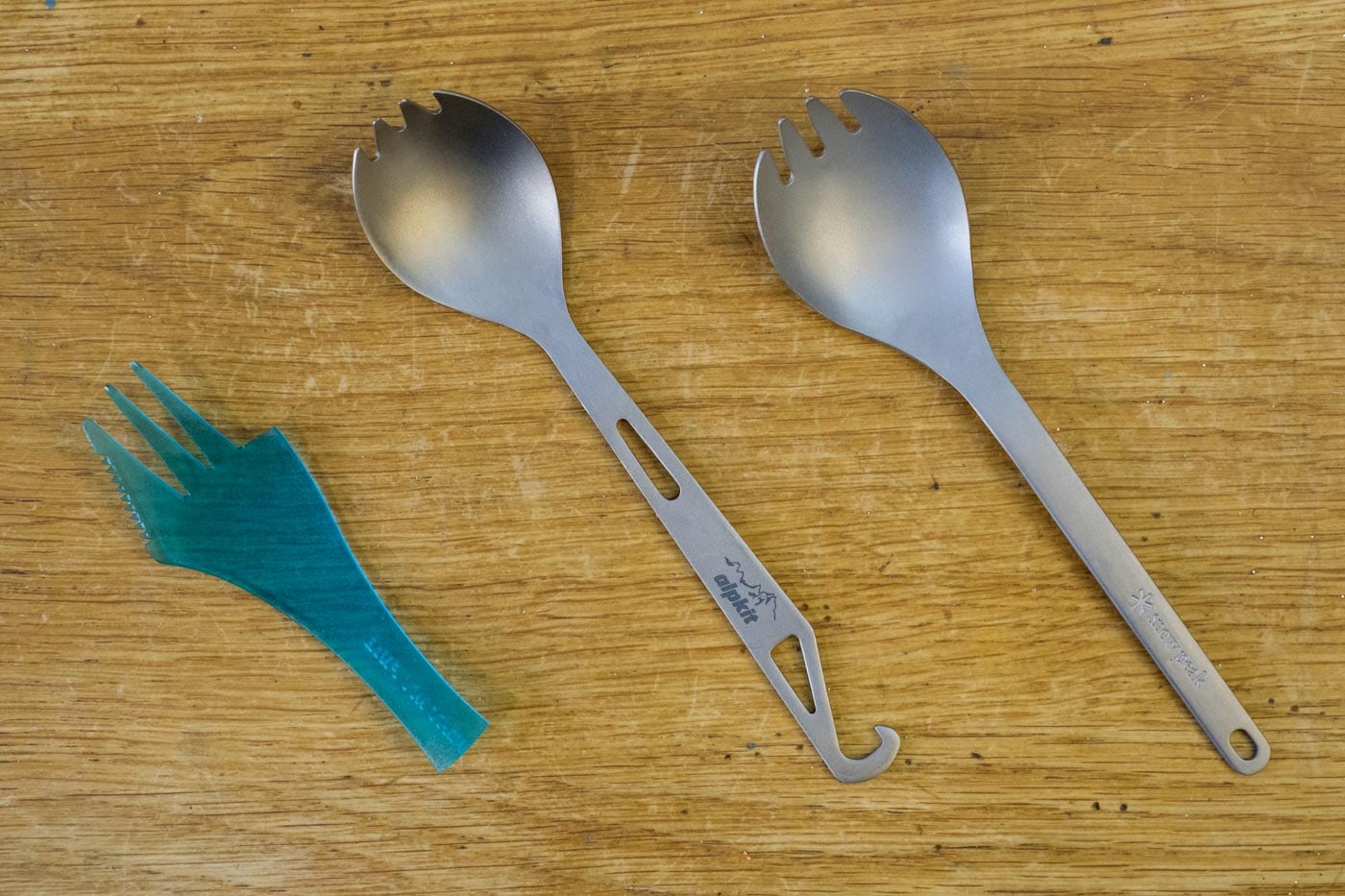 I bought another spork

I used to have a Light My Fire spork which was always a bit underwhelming – the dual ended aspect seemed great, but in practice was often either uncomfortable or ended up with you needing to swap ends and having to hold it covered in food.

Somewhat thankfully, and not unexpectedly, it eventually snapped, leaving me free to replace it with something better. Though apparently I kept hold of half of it, even though the half I kept has broken again – it's finally made it to the bin.

I'd seen the Snow Peak spork heralded as the spork to rule all sporks, but thought "how different can they be" and bought an Alpkit Tifoon as part of a larger order (it was an older version that had the bottle opener at the very end of the handle, the new one looks better).

You might argue, along with many others, that you don't need a titanium spork for camping/bikepacking/life at all – and you'd be absolutely right. I could just use a normal spoon, or fork, from home. Sure it's slightly heavier, but it does the same job.

That said, I wanted one, so I bought one.

I used it on a few trips and, you know, it's a spork, it was fine. I was able to eat with it. But the handle was always a little uncomfortable and the shape just a bit weird. But it worked, so I wasn't about to go and buy another titanium spork.

Or was I? Yes, yes I was – because I decided that as silly as it was, whenever I used the Tifoon it just bugged me that it could be nicer. Fast forward a little while and despite it being totally unnecessary I ordered a Snow Peak spork (two in fact).

And yes, it's everything people said it would be. It's spork perfection.

If you're looking for a titanium spork, do yourself a favour and just get the Snow Peak one. It's the best way to transport food from your bowl to your mouth while outdoors.